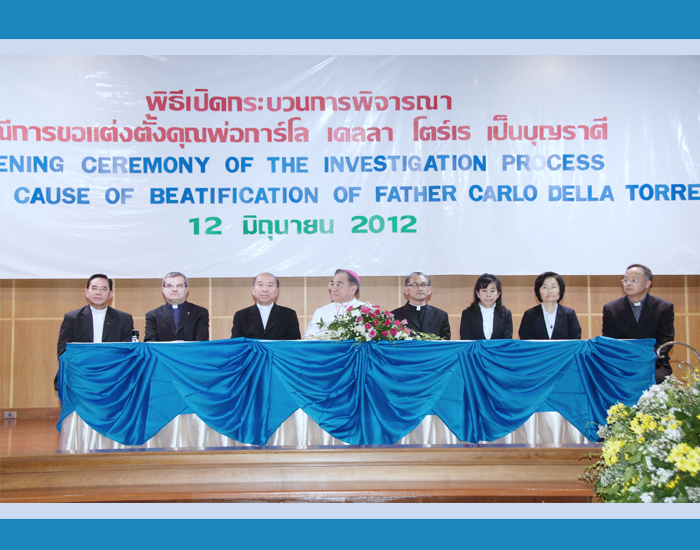 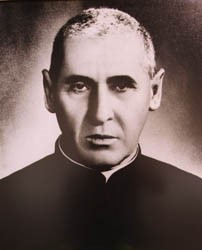 At the Pastoral Centre of the Archdiocese of Bangkok, Archbishop Francis Xavier Kriengsak presided at the ceremony, during which  the members of the diocesan tribunal took the oath. Over 500 people were present. Fr Pierluigi Cameroni, Postulator General, offered his greetings and read the request for the opening of the cause, while the Vice Postulator Fr Joseph Banchong Santisukniran, presented the life of Fr Carlo Della Torre.

The “Servant of God” Fr Carlo Della Torre, was born at Cernusco on the Naviglio, in the Province of Milan, on 9 July 1900, and completed his secondary school studies in the “Cardinal Cagliero” Salesian Missionary College of Ivrea. He was sent first to China, and then to Thailand, where he made his first religious profession at Bang Nok Khuek, the mother house of the Salesian mission in Thailand. In 1954 he founded the Daughters of the Queenship of Mary Immaculate, a religious Institute of diocesan right. He had much to suffer for its foundation, to the extent that for thirty years he had to leave the Salesian Congregation. He dies in Bangkok, as a Salesian, at the age of 82.

The characteristic spiritual features of this Son of Don Bosco were: humility, in particular in the more critical and difficult moments of his life and his detachment from earthly things, from money, from comfort with a poor and laborious style of life. In addition he was gifted  with a strong and courageous will in carrying out the will of God, sustained by a singular devotion to the Madonna and by various supernatural signs which accompanied his life.

For the two Institutes of the Daughters of the Queenship of Mary Immaculate  and the Sisters of the Queenship of Mary Immaculate, for the Salesian Family, for the Church of God in Thailand it was a day of grace, as in the life and work of Fr Dalla Torre there was recognised a living memorial of the Lord Jesus Christ. There was also joy because  Fr Carlo Della Torre is the first Servant of God not a martyr  whose cause of beatification has been introduced in Thailand.